Voyage: A Memoir of Love, War, and Ever After

My most recent book was published in 2017 by eLectio Publishing, a family memoir available in print and digital formats (trade paperback and ebook).

A world at war. A lonely sailor without a sawbuck to spare. A gorgeous socialite on the home front. Letters soaked in longing. Secrets taken to the grave. Easy births. Hard deaths. And dogs.

They say love conquers all, but will bonds forged by Lt. N. Robert Underhill and Miss Merrilee Meier during World War II survive the peaks and valleys of peacetime?

Across their 58-year marriage, Bob and Merrilee confront holiday fiascoes and funeral foul-ups, windless regattas and catastrophic tornadoes, indigestible dinners, impenetrable desserts, a medical crisis and a financial reversal. But rearing six kids during decades of cultural change is the ultimate test of a love that began with a letter signed “Just, Bob.”

The memoir unfolds in alternating story lines that layer the real-time immediacy of letters Lt. Bob Underhill wrote in 1945 with essays in which I describe their parenting years.

During World War II, my father was an affable junior officer from New York serving aboard a Navy minesweeper.

My mother was a stunning St. Louis socialite entering the halcyon period pretty girls from established families swan into after they finish a degree in anything and before they marry a newly minted lieutenant.

From sweat-soaked villages in Panama to the bone-cold North Atlantic, Bob pours out his affections in letters to Merrilee, but barely mentions the delicate maneuver required to snip the trip-wire of an underwater bomb, and live. He signs each letter “Just, Bob.”

As their relationship blossoms from cordial written greetings to long letters peppered with terms of endearment, Bob and Merrilee confront the disparity in their backgrounds, endure the heartache of wedding postponements, and endure the anxieties of wartime life. Finally, Bob is granted a leave long enough to marry Merrilee. Then, tragedy.

Tucked between the letters are stories-within-the-story describing the quotidian challenges Bob and Merrilee meet head-on, parenting by dead-reckoning as their not-always-angelic kids glide through the Sixties, Seventies, and beyond. 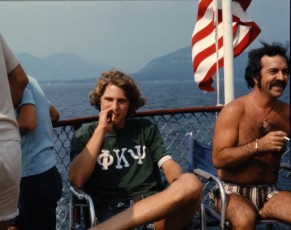 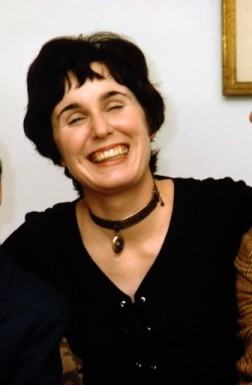 With Jamesian wit and splashes of nostalgia, each of my 33 stories-within-the-story references something my father mentioned in a wartime letter he wrote that appears in the memoir immediately prior to it, a trampoline-timeline that makes the memoir sizzle with World War II peril, sparkle with quaint mid-century mores, and ring true today with post-millennial insights.

Vintage photographs add depth and intimacy to the narrative, allowing readers to feel as if they, too, a part of the family.